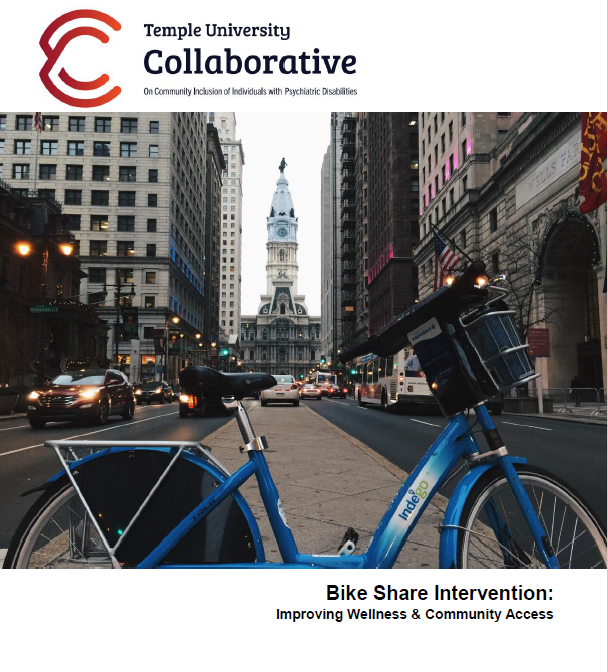 At The Collaborative, we love biking! Many of us are active cyclists who peddle our path to fun and fitness. As biking grows in popularity, we want to do our part to encourage consumers to give it a try. In this effort, The Temple University Collaborative recently led four bike pilot programs for consumers of mental healthcare services in Philadelphia. Providers, consumers, bikeshare representatives, and bike advocacy groups worked with us to develop and run groups. Everyone seemed as excited as us throughout the process.

Each program consisted of six classes led during a three-week period. Participants learned laws and safe riding practices. Then they planned and participated in group rides using Indego Bikeshare Bikes. Participants reported that they enjoyed the classes, learned how to bike safely, found new things to do in their communities during group rides, and enhanced social connections with other bike group members. One group of consumers even advocated for a weekly bike group which has since been included in ongoing programming at their agency.

In an effort to encourage agencies to run similar programming, we’ve developed the Biking & Serious Mental Illness manual which outlines the classes we led and shares what we learned through running these programs.